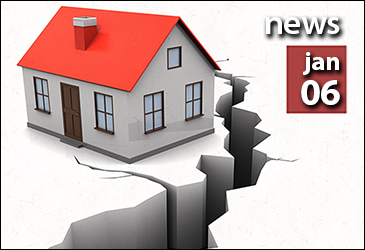 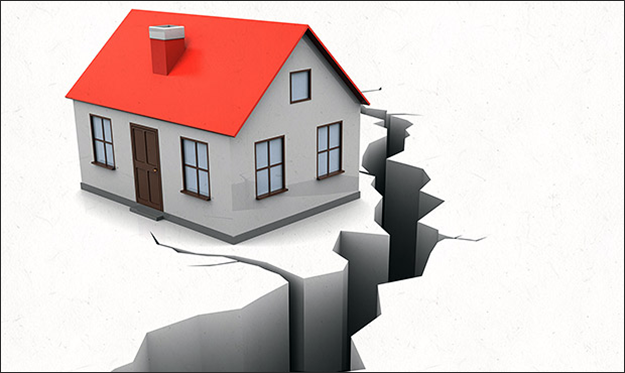 Sure, plenty of housing experts and economists are expecting the housing market recovery to gain steam in the new year. But a number of factors could still derail the whole thing.

As we head into 2015, here are five things real estate watchers are keeping an eye on.

1. Big investors cash out. Institutional investors played a pivotal role in the housing market’s recovery by purchasing hundreds of thousands of properties and renting them out.

But now that they’ve realized substantial gains on their investments and home price increases have slowed, many of these landlords may be ready to cash out.

“Home price appreciation has given those investors a good opportunity — and motivation — to sell and realize a solid return on many of their properties in many markets,” RealtyTrac said in a report analyzing more than 200,000 purchases made by institutional investors between January 2012 and August 2014.

RealtyTrac found that institutional investors who bought in 2012 could stand to see returns of 38% to 43% if they sold now.

There have already been some signs that investors are stepping away from the market. The National Association of Realtors reported that institutional buyers accounted for 15% of all sales in October, down from 20% in January.

But “as the dollar has strengthened, it made U.S. housing more expensive,” said Doug Duncan, chief economist for Fannie Mae.

While sales to Chinese buyers have remained strong, sales to buyers from Europe and Russia — where the economies are struggling — are starting to lag, said Lawerence Yun, chief economist for the National Association of Realtors.

Russian buyers, for example, have endured a triple whammy from cratering oil prices, a plunging ruble and international sanctions.

A drop in foreign real estate investment already seems to be playing out in California, where trends often hit first. The number of sales to international clients there has fallen by about 25%, according to the California Association of Realtors.

3. Incomes fail to keep up with home prices. Despite a much rosier outlook for jobs, incomes are still not keeping pace with housing market prices, said Jed Kolko, chief economist for Trulia. And that could make it hard for buyers to afford homes in the areas they want to live in.

“Income is not rising fast enough and affordability is a growing obstacle to homeownership,” he said.

4. Lenders will be too skittish. For Mark Zandi, of Moody’s Analytics, the key risk to the housing market recovery is still the difficulty many potential homebuyers have getting mortgages.

Even though Fannie Mae and Freddie Mac recently eased lending standards, it doesn’t mean lenders are going to take it easier on borrowers. In fact, many lenders may still be too nervous to lend to borrowers who don’t have near perfect credit or large cash down payments.

In addition, former homeowners who lost their home to foreclosure may have to overcome damaged credit histories financial burdens brought on by the recession, said Kolko. Meanwhile, Millennials who might be looking to buy have short-lived credit histories and heavy debt loads from student loans to contend with, he said.

5. A sharp increase in mortgage rates. While Fannie Mae’s Duncan doesn’t expect to see a sharp jump in mortgage rates, he said the Federal Reserve could surprise everyone and send its benchmark rate higher than it’s projecting.

“The Fed is uncharted territory,” said Duncan. “If it pushes rates up, it could have a big impact on the market.”

Stan Humphries, chief economist for Zillow, said if rates climbed to 6%, it would mean home buyers in high-priced markets like San Francisco, Los Angeles and San Jose, would be spending more than half of their income for housing.

That would probably mean home prices would have to come down to more affordable levels or sales would slow to a crawl.