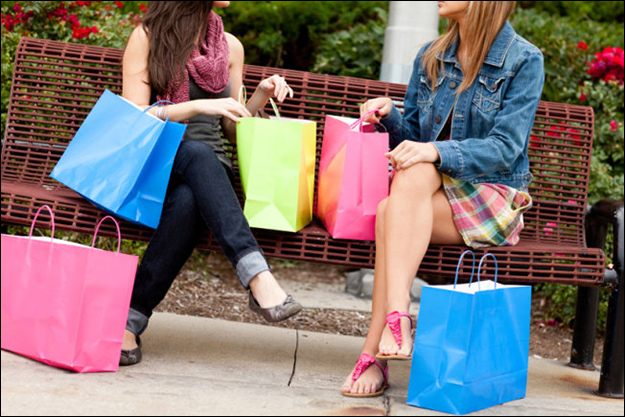 Real estate investment trusts, or REITs, have been around for more than half of a century, but given fundamental changes in the national economy, you have to wonder if REITs can evolve and catch the latest trends.

REITs are shareholder-owned. As with any investment, share values can rise and fall. Unlike listed companies, however, special rules apply to REITs. According to the National Association of Real Estate Investment Trusts, “at least 75 percent of a REIT’s total assets must be invested in real estate; and at least 75 percent of gross income must be derived from real estate sources, such as rents from real property, interest from mortgages on real property or sales of real estate investments. REITs also must be widely held, with more than 100 shareholders and no fewer than five individuals owning more than 50 percent of their stock.”

What REITs really do is give small investors the chance to own big real estate properties, properties with economies-of-scale normally off limits to all but the rich and famous. The catch is that the traditional assumptions which power such investments are now in flux and so one has to ask: Can REITs evolve with the times?

Shopping Malls. Depending on who you ask, shopping malls are either on the way out or on the verge of a massive rebirth. In either case there will be fewer of them. According to Jeff Macke, host of Yahoo! Finance’s “Breakout,” and a former hedge fund manager, “a decade ago there were more than 1,100 enclosed shopping malls in the U.S. Since then, more than 400 have either been ‘repurposed’ or closed outright.” Macke estimates that in 20 years the number of shopping malls will be halved.

For REITs, the challenge is obvious: If malls are closed and abandoned, then where are the rents? Or, are malls closures a good thing, a chance to create new revenue streams by building town centers, community colleges, mixed-use properties and other hubs?

Online shopping. Today, online revenues represent about 6.5 percent of all retail sales, and for an example, it’s hard to miss Amazon, a company which racked up nearly $75 billion in online sales in 2013. In theory, it’s money that may have once have gone to malls and strip centers, money those malls certainly could have used. However, blaming the demise of shopping malls on online shopping alone is not right.

First, the real issue represented by online retailers is choice. You can go to the mall today, see and touch whatever you want, then check prices with a cell phone (a practice known as showrooming) and have items delivered to your front door – often with no charges for shipping or taxes. Or, you can simply skip the mall, save gas and avoid parking hassles by shopping online.

For REITs, the question is where the new opportunities created by online commerce can be found, an area sure to grow. For instance, if REITs can own malls then why not fulfillment centers and server farms? Maybe the property mix should be changed to include more strip centers, places where people can pick up both milk and online orders. Or perhaps the highest and best use of today’s shopping centers is not as a mall at all, but as a something different, such as a mixed-use development.

Second, a bigger problem than eCommerce is the changing retail mix. Over time, many department stores have disappeared – think of Filenes, Bullock’s, Thalhimer’s, Strawbridge’s, Hecht’s, Woodward & Lothrop, I Magnin, Wanamaker, Jordan March, Marshall Field’s, Daytons, Sterns, Garfinklel’s and J.M Fields. These stores had enormous footprints and were crucial anchors for many malls but as they have merged or gone out of business, the necessity for such vast spaces has declined.

Even on a smaller level, the squeeze is on. Office Depot and Office Max have merged. Radio Shack is closing more than 1,000 outlets and Staples has announced plans to close 225 stores.

Mall foot traffic is down nearly 15 percent during last year’s holiday shopping season, according to the research firm ShopperTrak, and you can see the results in food courts: Sbarro, the pizza chain, is closing 155 outlets while Hot Dog on a Stick filed for bankruptcy in February and was sold for $12.2 million in August. Translation: If stores close, there’s less reason to go to a mall, and with less foot traffic, food courts feel the impact.

For REITs, online shopping presents a host of unknowns. It’s here, it has wallop and yet it also represents potential opportunities. How can local retail outlets best harness the Internet? We don’t know yet, in part because the retail arena remains in flux.

Telecommuting. There was a space for “work” and a space for “home,” but now the two are increasingly intertwined. More employees bring their work home while remote homeworkers may never see the inside of an office tower. In both cases, the idea of a 9-to-5 workday has become both quaint and outmoded: curiosities from a vanishing era.

In other words, over a period of 13 years, the workforce increased by 10 million people. Of this increase, 42 percent are not going to an office park or downtown tower on a daily basis, if at all. In fact, it’s increasingly routine for remote workers to have never met co-workers or visited company offices, people and places who may be thousands of miles away.

Today’s office space has a valuation of roughly $1.25 trillion nationwide, so even small changes can represent big dollar shifts. According to Tim Wang, director and head of investment research for Clarion Partners, an investment firm, in article for CoStar Group, a producer of real estate research, the ideal amount of space set aside per employee has gone from 250 square feet to 195 square feet. The implications are enormous.

What are office-owning REITs to do in the face of such trends? Should they transform existing structures with good locations into residential properties? Should they upgrade office spaces for greater efficiency? Could they sell off office assets and invest funds elsewhere? There’s no one answer and certainly there’s no universally “right” response.