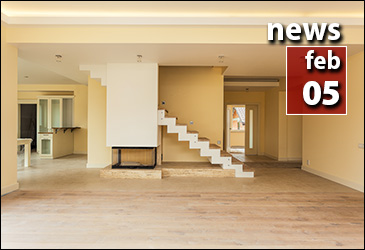 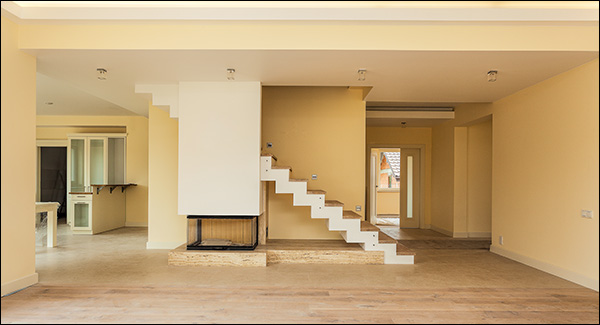 Here’s how to tell if it’s wise to buy a home that has been fixed and quickly put back on the market.

Buying a flipped home is like negotiating a Cold War treaty: Trust, but verify.

Flippers often make just a few cosmetic changes before they resell a house. With fresh paint and new appliances, what’s not to love? Frequently, flippers target projects the next buyer would have had to tackle anyway. Buying a home with a smaller to-do list is a plus.

In some cases, flippers renovate or make structural changes. That’s also good, if they do it right. Not so hot if they make a hash of it. And, in rare instances, a less-than-scrupulous​ soul might disguise a home’s flaws with paint or well-placed wallboard.

While buying a flipped home isn’t a bad thing, a smart buyer wants to know that upfront and ask a few extra questions before making an offer.

Here are five questions that the pros in real estate, construction and renovation recommend you ask to determine whether the home was flipped, and what its true condition is.

You want to know how often the house has been sold. Were there any quick sales with a big uptick in price?

A home that sold on the low side of market value, then was resold six months later at the high end of the spectrum, could indicate a flip, says Patricia Szot of Keller Williams Realty Lake Cities in Garland, Texas.

Also, if the sellers have flipped a few homes, they have a track record, Szot says. So get the names of earlier buyers and talk with them. Ask the buyers if all the home’s systems worked when they moved in and whether they discovered hidden problems.

2. Is this an older house with a new interior?

One big clue that a house is a flip: “It’s an old house and everything is brand-new,” says Pat Vredevoogd Combs, past president of the National Association of Realtors and vice president of Coldwell Banker AJS Schmidt Realty, in Grand Rapids, Mich.

With a flipped home, “typically, owners are looking to sell it as soon as possible and not have to carry the expense,” Szot says. In some cases, they’ll put the home on the market before they’re finished updating, she says.

Some flippers will give buyers a stipend to “choose what they want” for things like flooring or wallpaper, she says.

That can be a great way for potential buyers to personalize the house, but it’s not always a great deal, Szot says, because sometimes those allowances cover only inexpensive materials.

Check out how much that stipend is and what it will really buy ahead of making any agreements, Szot says.

3. What changes have you made to the house?

Some states such as Texas are “full-disclosure” states, says Szot, who lives in the Lone Star state. A full-disclosure policy means that sellers have to tell buyers everything they know about the house, including changes they’ve made.

That makes it easy to get a list of the work an owner has done to the home, she says.

Even if you don’t live in a full-disclosure jurisdiction, you can still ask the current owners for a written, detailed report of all the changes they’ve made to the property — and ask them to sign it, Szot says.

Permits, and other documents related to work or upgrades, should be available to prospective buyers, says Mike Holmes, contractor and author of “The Holmes Inspection: The Essential Guide for Every Homeowner, Buyer and Seller.”

Check with the permitting authority to make sure that work passed inspection once it was completed, he says: “The more you do your homework, the better.”

4. Am I hiring an independent inspector of my choice?

“Often you don’t know if the people who flipped it did a surface job or dug deep and did a great job,” Combs says. The solution is to hire a professional home inspector.

While getting an inspection is a smart move for any homebuyer, it’s especially important if the home was flipped, Holmes says.

An experienced inspector “will just point out things that were done wrong or improperly,” says Michael Hydeck, past president of the National Association of the Remodeling Industry and owner of Hydeck Design Build Inc. in Philadelphia.

If you love the home but find problems, you can ask the owner to fix them or negotiate for a lower price, he says.

Make sure the inspector is licensed, accredited, insured and has been in business a long time, Holmes says. Don’t pick the first name you find or select anyone connected to the sellers, he says.

5. Is the work properly permitted?

Whether your work is done by a professional or yourself, anything more complicated than paint or wallpaper likely requires a permit.

One sign of a flip: “The real estate agent says ‘all new,’ and there’s no evidence of permits,” Holmes says. “When I hear ‘new, new, new,’ I want documents to back it up.”

Look under the sinks, Holmes advises. A good pro won’t tie old plumbing into new kitchens or bathrooms, he says. Check the electrical panel. Wiring should be clipped and tidy, not messy, he says.

Scan places where unfinished space meets finished space: basements, mechanical closets and under cabinets. You should find good workmanship — “neat and professional” — whether the area is designed to be seen or not, Holmes says.

Then compare the list of permits granted to the address with the work that’s been done.

Unpermitted work is a red flag, Szot says. “There’s a huge chance it isn’t up to code,” she says.

Along with safety concerns, a house that doesn’t meet code can be risky when it comes to getting insurance or even financing, Szot says. And you want to know before you make an offer, she adds.

Home Sellers: Retailers Know Something You Don’t, It’s All About...
Scroll to top